Since Mother Day’s is approaching, here are some of the many powerful ‘Mothers of Innovation’ who have gone down in history.

Frida Kahlo ( July 6, 1907-July 13, 1954) was a dynamic and iconic Mexican visionary who inspired the masses through her interpretations of both herself and Mexican culture. In addition to her artistic attributes, Kahlo is also recognized for her non-conforming nature, especially when it came to patriarchal view. Her self-portraits displaying her purposeful unibrow and mustache paved the way for others to express themselves in their own original and unique way.

Amelia Earhart (July 24, 1897-January 5, 1939) was not only the first female to fly across the Atlantic oceans but also the first woman to fly solo above 14,000 feet, fly nonstop across the United States, from Hawaii to the mainland, and the first woman to receive the Distinguished Flying Cross. Earheart also contributed to the formation of the international organization of female pilots, the Ninety-Nines, and was the first president of the organization of licensed pilots. Unfortunately, Earheart mysteriously disappeared during her attempt to circumnavigate the globe.

Rosa Parks (February 4, 1913-October 24, 2005), the women who for stood up for black rights by sitting down, is known for being the main catalyst for the Civil Rights Movement. While riding on an overcrowded, municipal bus in Montgomery, Alabama bus on December 1, 1955, Parks was asked to give her seat to a standing white man. Because of her defiant actions and her adamant demeanor towards white supremacy, Parks has given minorities the hope of being heard.

In the midst of the Cold War, Valentina Tereshkova (March 6, 1937-present) was the first woman to go to space. Though Tereshkova had an unfortunate childhood, with the death of her father during World War II and her need to work in a textile factory, she continued her education by joining the Yaroslavl Air Sports Club within the Communist Party. Alongside five other women, she participated in a Soviet space program which provided her with an 18 month trading program in order to prepare her for the big mission to space. Out of all the women in the program, Tereshkova was the only woman selected for the pilot the ship, Vostok 6, and was launched into space on June 14, 1963.

Mother Teresa (August 26, 1910-September 5, 1997), a catholic nun and missionary who dedicated her life to enhancing the lives of others. She is known for taking care of the sick and poor and for looking after the well-being of others. Mother Teresa additionally was the founder of a Roman Catholic congregation of women, the Order of the Missionaries of Charity, that dedicated their time to the poor. Due to her devotion to human welfare, Mother Teresa spread the importance of valuing human life.

Patsy Takemoto Mink (December 6, 1927-September 28, 2002), the first woman of color elected to Congress, participated in the passage of much of the 1960s Great Society legislation during the first phase of her congressional career. Dedicated Ms. Mink not only became a House Representative, but also a Senator for the state of Hawaii. During her time in the federal government, Patsy Mink was an advocate for the rights of minorities, immigrants, and women because she understood the lack of civil rights for people such as herself. By 1976, Mink was appointed as Assistant Secretary of State for Oceans and International Environmental and Scientific Affairs and continued working until her unfortunate death in 2002. 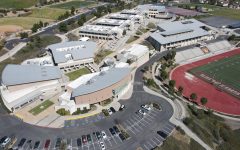 Tour Campus with The Silvertip 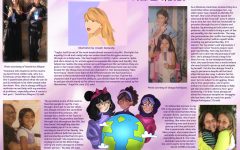 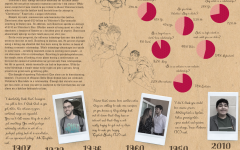 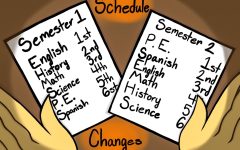 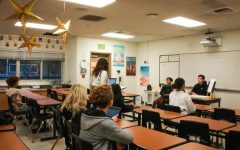 Mock Trial prepares to argue their way to first place 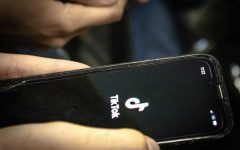 Banning of Tiktok in the U.S. 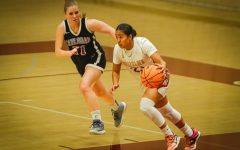 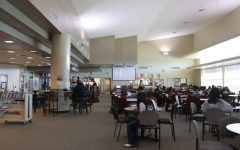 The Silvertip • Copyright 2023 • FLEX WordPress Theme by SNO • Log in