As Mayce Kinney walks off the field for the last time, she leaves her mark on those around her. 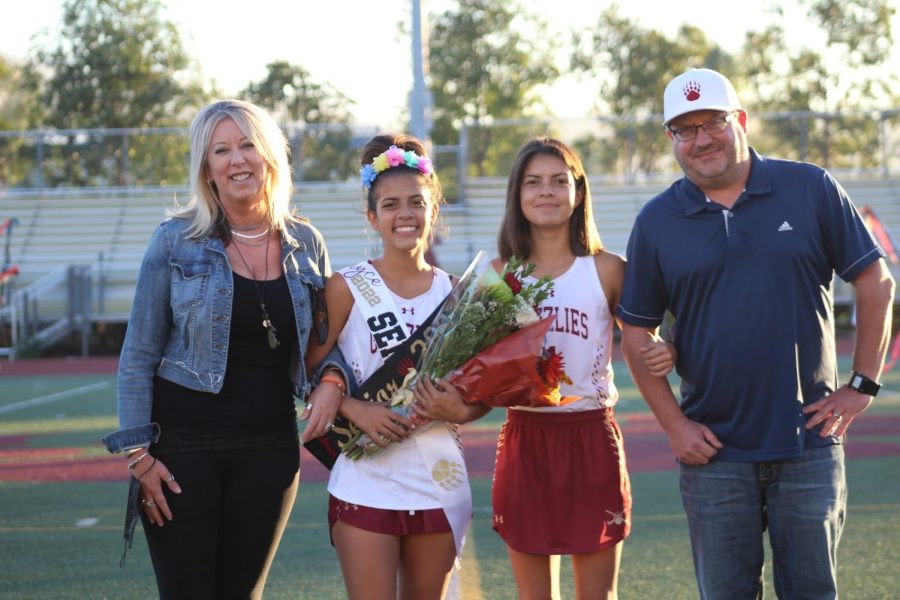 Mayce Kinney poses with her family on her senior night

With a little under a minute left in the game, senior Mayce Kinney holds her stick in her hands and reels it back, ready to hit the ball one last time. She hits it, blasting it with her signature power drive. The buzzer sounds and her teammates instantly surround her, screaming and jumping in joy as she makes her way off the familiar turf–closing the door on her field hockey journey.

The beginning of her love for the sport goes back to when she initially discovered field hockey during her eighth-grade year. She tried out for the school team and has been playing on varsity ever since.

Her skill on the field is clear, whenever the opponents were up against Mission Hills they knew to “watch out for #13.” Her sophomore season was indisputably the team’s best, having a streak of 10 wins! However, her senior year was when she was really able to fully develop her abilities and show off her skills. Often playing the entire game with no substitutions. Giving 100% effort 100% of the time.

“This was my first year joining, but even I was able to see how big of an influence [Mayce] had in the team. She was always there early and ready to play. Whenever someone needed to run practice, she stepped up, whenever someone needed help, she helped them. I admire her commitment to the team, without her, I have no doubt that the team would be different, and not in a good way,” freshman teammate Olivia Stalzer said.

All her teammates have the utmost respect for her and it led to her being elected one of the team’s captains her senior year.

“Mayce always gave field hockey her all, I can’t remember the last time she missed a practice or team bonding. On the defensive end, she always had our back- she’s an amazing defender. Mayce has been such a good friend on and off the field, I’m going to miss being on her team,” senior and fellow co-captain Kamryn Kinsey said.

Her dedication clearly proved to be one of her strongest qualities. She never failed to unite her teammates both on and off the field.

“I’ve always loved playing field hockey because the team has always felt super inclusive, and having other people at school that you know is good. Field hockey let me have so many connections with people I wouldn’t have had if I didn’t start playing,” Kinney said.

“It’s sad knowing I’m going to have no more games. It’s like the first major ending and knowing more are going to come really sucks. But it’s also really cool to know I’ve been a part of the team for so long.”

Though her days of playing field hockey on the Mission Hills field are over; left with funny memories and good times. Her leadership doesn’t go unnoticed, leaving her mark on