Barbie, the "perfect" girl leaves young girls with a lower sense of self worth especially when they don't see dolls that look like them on the shelves. 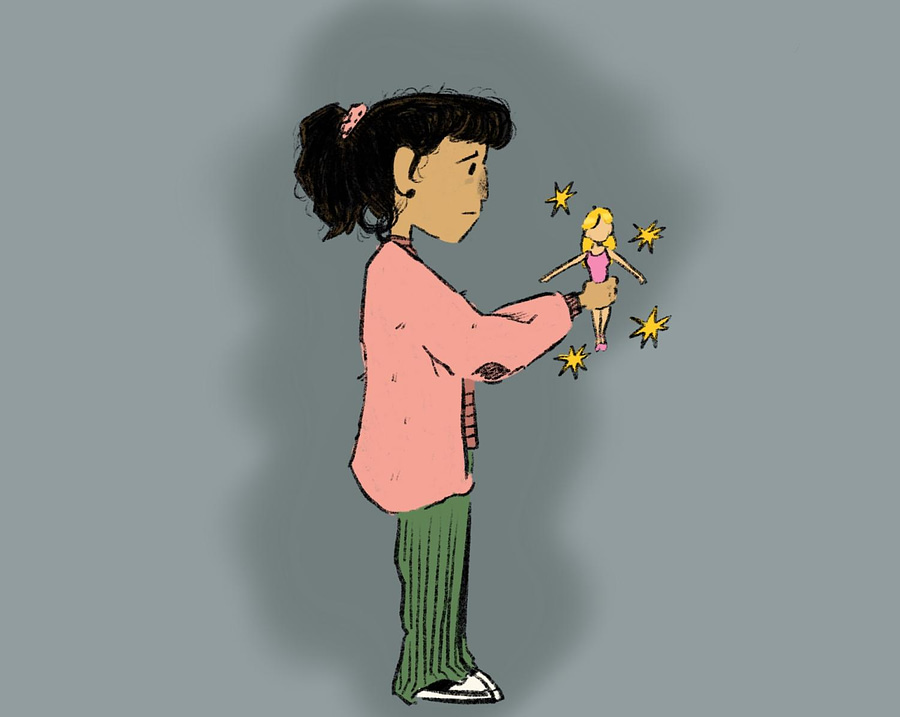 Barbies are one of the most iconic toys for many young girls. Childhoods were built on this franchise. However, a seemingly innocent playtime activity is one of the biggest contributors to women’s body image issues.
“I feel like body image is a big issue for most, if not all, teens and young girls. [Barbies] just add to all of the insecurities girls already feel. It’s not even a choice to look the way you do. All of it’s just out of our control,” senior Genesis Garcia said.
Women can subconsciously start comparing themselves to the skinny, long-legged, blonde doll that they are used to playing with. If they realize that they don’t share any of the same features, they can stare at the reflection in the mirror and feel as though something is wrong with their appearance.
People of color are also severely underrepresented in the Barbie world. The first Black Barbie wasn’t introduced until 1980, 21 years after the first Barbie came out. Even with that first doll being made, the predominant race of Barbie has been white. It wasn’t until the Dolls of the World International Series dropped, that Barbie finally displayed more people of color. However, they failed to continue coming out with diverse dolls and stuck to mainly making white Barbies. It isn’t surprising that women of color can feel unseen with such a lack of representation.
“It’s hard to feel good about yourself nowadays with these beauty standards. Especially now with social media and television, it only adds to the need to be pretty. Body image issues start young with the unrealistic dolls we play with, but as girls age, so does their self-doubt,” said freshman Sarah Flores.
According to HCP live, a basic barbie doll would be 5’9 and 110 pounds as a human. Not only is that an unrealistic standard, but it is also unhealthy. Bannerhealth states that the average 5’9 female should weigh between 131-160 pounds. Meaning that Barbie would be 21 pounds underweight. So, with a 16.2 BMI, Barbie would be diagnosed with anorexia.
“If you have body image issues, I feel that it can lead to even more mental health problems. You can start [experiencing] anxiety, which can lead to depression, and just snowball to a bunch of other problems,” said freshman Sage Gaither.
Young girls are especially susceptible to the notion of needing to have a perfect body. Barbie’s figure promotes body dysmorphia. Where girls or anyone affected, compulsively pick at every flaw they think their body has.
Women come in all sorts of different shapes and sizes, and Barbies should represent the diversity. Barbie’s parent company Mattel, Inc. has recently made new additions to the Barbie franchise. These additions showcase more body shapes. Curvy figures, petite figures, women of color, and even those with disabilities have been created. All these new dolls help girls appreciate the variety in women’s bodies and love their own.