"Dune" has been celebrated for its stunning visuals and out of this world sounds orchestrated by Hans Zimmer! 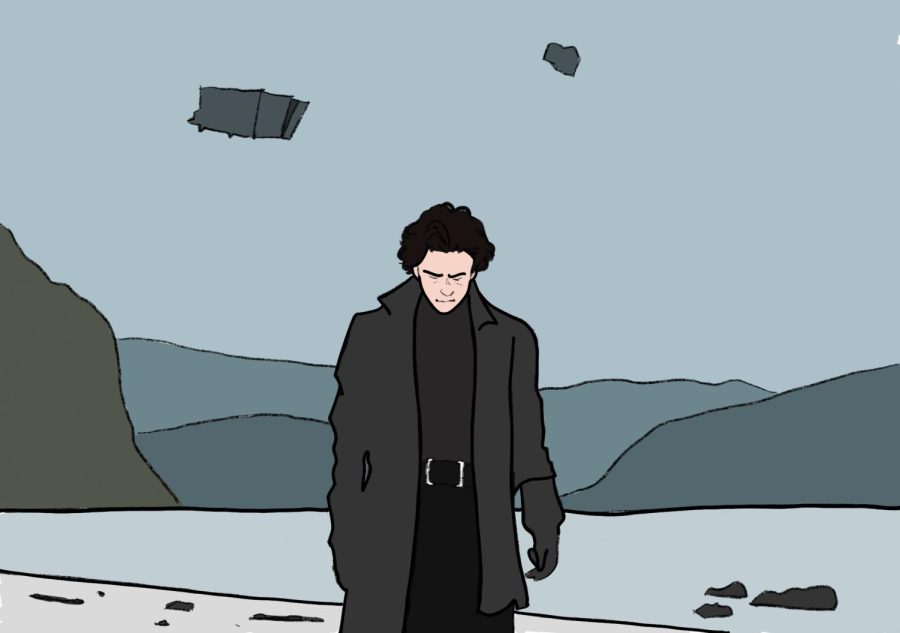 In 1965, American science fiction author, journalist, photographer, and ecological consultant Frank Herbert published one of the best-selling science fiction books of all time, now at almost 20 million copies: “Dune”. The book is similar to “Game of Thrones” in its medieval politics & massive scope, and touches on themes such as environmentalism, the decline of empires, gender dynamics, religion and heroism. Now, for the second time in entertainment history, the book has received a film adaptation, out in theaters now.
In “Dune”, the House Atreides has been granted possession of the desert planet Arrakis from their enemies, House Harkonnen. Paul Atreides, son of Duke Leto Atreides & his Bene Gesserit concubine Lady Jessica, has been having visions of a young woman on the planet and a future war that he is somehow tied to. With their enemies attacking them at every turn, Paul must learn to hone and grow the skills he has been taught throughout his life, and learn to navigate his future on the desert planet.
“I do think the movie serves as a good introduction to the world of ‘Dune.’ It’s firstly because of the comments that my father-in-law had made, he commented how this version of ‘Dune’ did a much better job than the original telling the backstory of the families, which I still wouldn’t consider myself an expert of, but they did a great job of setting the stage for non-experienced viewers to be able to enjoy it,” Algebra & Geometry teacher Daniel Iovine said.
The universe of “Dune” centers around the conflicts on Arrakis for one main resource: the spice. The spice, or melange, is the most important material in the galaxy. Giving its users psychic abilities, the spice allows for the possibility of space travel, and is produced naturally only on Arrakis, making the planet the most important in the galaxy. These two conflicts shape the world of “Dune,” and will play a large part in Paul’s future.
“I think the story has a lot of underlying themes of colonization and the danger of unchecked power, like a lot of sci-fi and dystopian books do, so my main takeaway was that it felt like kind of a warning,” senior Sofia Bibbo said.
The film covers the first half of the book, the start of a trilogy director Denis Villeneuve hopes will be made, and it stars Timothee Chalamet, Rebecca Furguson, Oscar Isaac, Josh Brolin, Stellan Skarsgard, Dave Bautista, Zendaya, and Jason Mamoa. Currently, the film has received generally positive reviews, with a Certified Fresh score of 82% on Rotten Tomatoes, with an average critical rating of 7.60/10, and has grossed over $300 million worldwide. A sequel has been greenlit by Warner Bros, set for an October 2023 release.
In a world of increasing water shortages and wars over rare and invaluable resources, “Dune” has become increasingly relevant, and remains a timeless story of destiny, human nature, and the relationship between humans and nature. Hopefully, Villeneuve’s film will live up to this legacy.