As Joe Biden starts his first term as the President of the United States of America he's making many promises, some of which he has already started to fulfill. 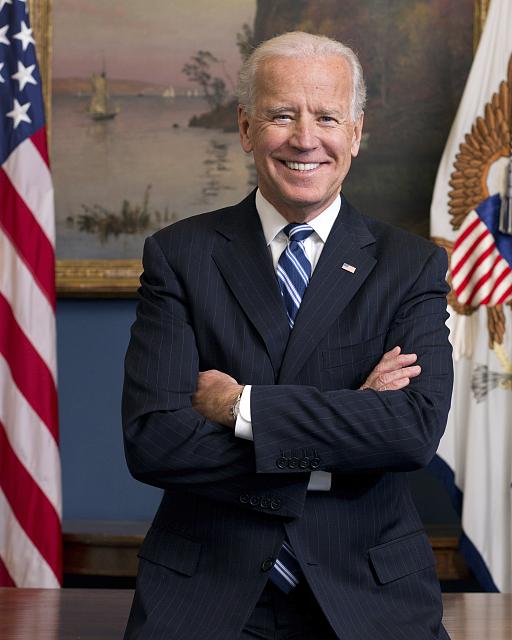 On March 3rd the official portraits for President Joe Biden and Vice President Kamala Harris were shot in the White House's library room.

This new year came with a new president. Joe Biden, the 46th president of the United States, has promised to accomplish various things during his presidency, including improvements in coronavirus updates and relief, reducing climate change, the revision of Trump’s tax policy, immigration policies, LGBTQ+ rights, and gun control.
Since Joe Biden has taken office, he has fought hard against the coronavirus pandemic and has already succeeded in pushing out coronavirus legislation, Coronavirus Aid, Relief and Economic Security (CARES) Act which supports workers, families, and small businesses, while simultaneously helping the economy. He has also provided availability for coronavirus testing and released a distribution plan for the vaccine. Biden is committed to having 100 million vaccines by his 100th day in office.
One of Joe Biden’s major promises is to make efforts against climate change. Biden started with sending the United States back into the Landmark Paris Climate Accord, a worldwide program that focuses on protecting the environment and working to stop climate change. He also ended the Keystone XL Pipeline System going from Canada to the United States, as the oil leakages it caused were harmful to the ecosystem and animal habitats in the area.
Tax policy is something most employees were concerned about and had varying opinions on. Former President Donald Trump’s corporate tax cut benefited those who make over 100,000 a year, which included only the upper class and part of the middle class. During Joe Biden’s campaign, he guaranteed to tax those who have incomes higher than 400,000. Additionally, he has planned to provide more well-paying jobs, as well as raising the minimum wage to $15 an hour.
Another aspect that Joe Biden has pledged to work on is immigration. Biden began with stopping family separation at the US-Mexico border. This is still being processed by the senate, so there is no guarantee that it will become a law, but the American Dreamers and Promise Act of 2021 commissioned is planned to help people with Temporary Protected Status (TPS) and undocumented students/youth (dreamers) obtain permanent legal status in the United States if they meet certain requirements. These requirements are having a high school diploma (GED not included) or higher education and having committed no crimes.
“Separating families should have never happened and I’m glad he’s keeping them together. It must have been so stressful for both parents and the kids,” sophomore Ashly Bernal said.
Joe Biden also ended the Muslim traveling ban that Trump instituted last year which banned people from Iran, Libya, Somalia, Syria, Yemen, Venezuela, and North Korea, Eritrea, Nigeria, Sudan, and Tanzania from getting any form of visa.
He also vowed to protect the LGBTQ+ community from any form of discrimination. He ensures that the justice system will treat them fairly and that they will be allowed to join the US army.
“As a trans person myself, this topic greatly affects me. President Trump instilled this so that transgender folks couldn’t use the military healthcare provided by the military, because it was being used for medical transitions…[and] cisgender people us[e]… it for the same kind of benefits. If trans people are just as willing to sacrifice their lives for the sake of America, they deserve the same benefits provided by the military,” sophomore Alfie Sutton said.
Researchers from Northeastern University and Harvard University say that 1 in 5 gun owners have never had a background check. This is why Joe Biden is trying to get firearms off the streets, keep guns out of dangerous hands, enforce background checks on any and all firearms, and close the loopholes that allow people who should be banned to purchase firearms.
“[Biden] has done so much for this country so far and I can’t wait for what is to come,” sophomore Maritza Ortis said.
President Biden still has yet to accomplish many other things mentioned in his campaign, but he has managed to make various advancements so far. Even in the short time that he has been in office, he has affected the lives of many people in the United States. It will be interesting to see how the country will be affected by Biden’s presidency for the next four years and whether we’ll see the rest of his promises or not.