How “42” showcases the legacy of an American hero 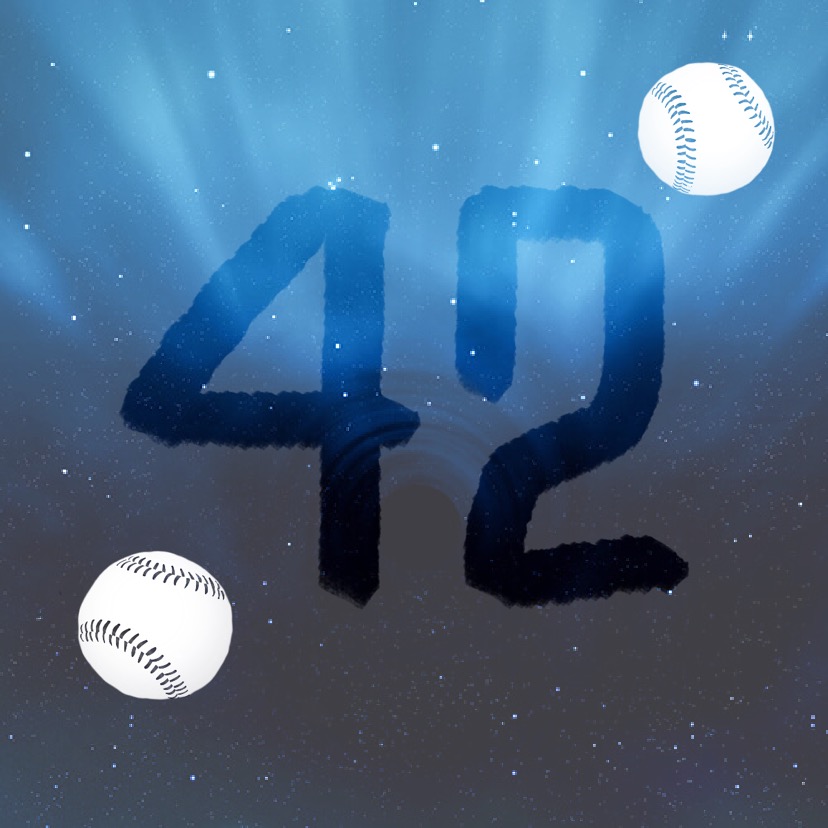 The 2013 film "42" brings to life the story of how Jackie Robinson broke the color barrier in Major League Baseball, changing the way we view athletes.

Having walked into March and bid goodbye to Black History Month, it is important that we continue to recognize the Black figures throughout history and all that they have contributed, and keep their stories alive for generations to come. It is especially important to recognize those who fought against segregation and systemic racism when they were at the forefront of our nation.
In 1947, a hero emerged in a time when Black people were given hardly any opportunities in sports: Jackie Robinson, the first person to break the color barrier in major league baseball. Robinson built a profound legacy that inspired many films, documentaries, and books, but the 2013 film based “42” is one of the most exciting sports dramas ever made, and, even greater than that, a wholesome and entertaining tribute to the national icon that Robinson was, as well as a tribute to the ideals of brotherhood of America.
“42” tells the story of bold, ambitious Jackie Robinson (the late Chadwick Boseman), a baseball player for the Kansas City Monarchs. In 1945, he is scouted by a Brooklyn Dodgers recruiter after the team’s owner, Branch Rickey (Harrison Ford), expresses that he intends to bring a person of color into baseball. When Robinson arrives in Brooklyn, he is told he will be hired on the condition that he could control his temper when facing harassment from people and the press for being a black baseball player. Determined to meet this challenge, Robinson agrees. Through training, Robinson earns a spot with the Montreal Royals, the AAA affiliate of the Brooklyn Dodgers. Both his skills and his temper are put to the test throughout his time playing, but instead of giving up, he uses the adversity as fuel to show everyone how great a ball player he is. After a little while he advances to the Dodgers, and — on April 15, 1947 — makes his big debut as a major league baseball player at Ebbets Field. Soon after, at a game against the Philadelphia Phillies, Robinson becomes distracted by the heckling and racial slurs from Phillies manager Ben Chapman (Alan Tudyk) so much so that he has trouble keeping his game. He leaves the field and breaks his bat into pieces out of frustration. However, Rickey comes to encourage him, and Robinson makes his way back to the field more determined than ever. Chapman continues his heckling until Robinson’s teammate, Eddie Stanky (Jesse Luken), stands up for him and silences Chapman. In a Cincinnati game, his teammate, Pee Wee Reese (Lucas Black), stands with him in solidarity with his arm around him before the crowds.
Robinson continues to win over his team and the public with his strong will and fantastic abilities as a baseball player, however, challenges remain in spite of this. In a game against the St. Louis Cardinals, an opposing player trips and injures him, and his teammates help him back up to continue the game. Shortly after this incident, Rickey thanks Jackie for letting him love baseball again, seeing that the injustices in the sport are beginning to unravel thanks to his presence.
“42” is monumental for the way that it cultivates in its audience a deep understanding of the trials that Robinson went through, as well as fostering admiration for the true hero that he was for Black people and white people alike. The actors in the film give a remarkable performance that brings soul to their characters, and it is obvious that they each put tremendous dedication into stepping into those personas to make the film as lifelike and as accurate as possible.
“While I was athletic going into it, my skills were not up to par (to Robinson’s). And not only were they not up to par, but I had to learn how to do things as best I could the way he does it. So I needed to watch films of him batting, him running bases, him fielding and throwing and all that, so it was research along with working out,” Chadwick Boseman said about playing Robinson in an interview with ET Canada.
Although February is special for being Black History Month, celebrating Black history should not be limited to one month only. We must remember and honor Black figures and their achievements throughout the year. If you want to learn more about Jackie Robinson and the time period he lived in, watching “42” is a great start and is sure not to disappoint!