Dysfunction on the debate stands 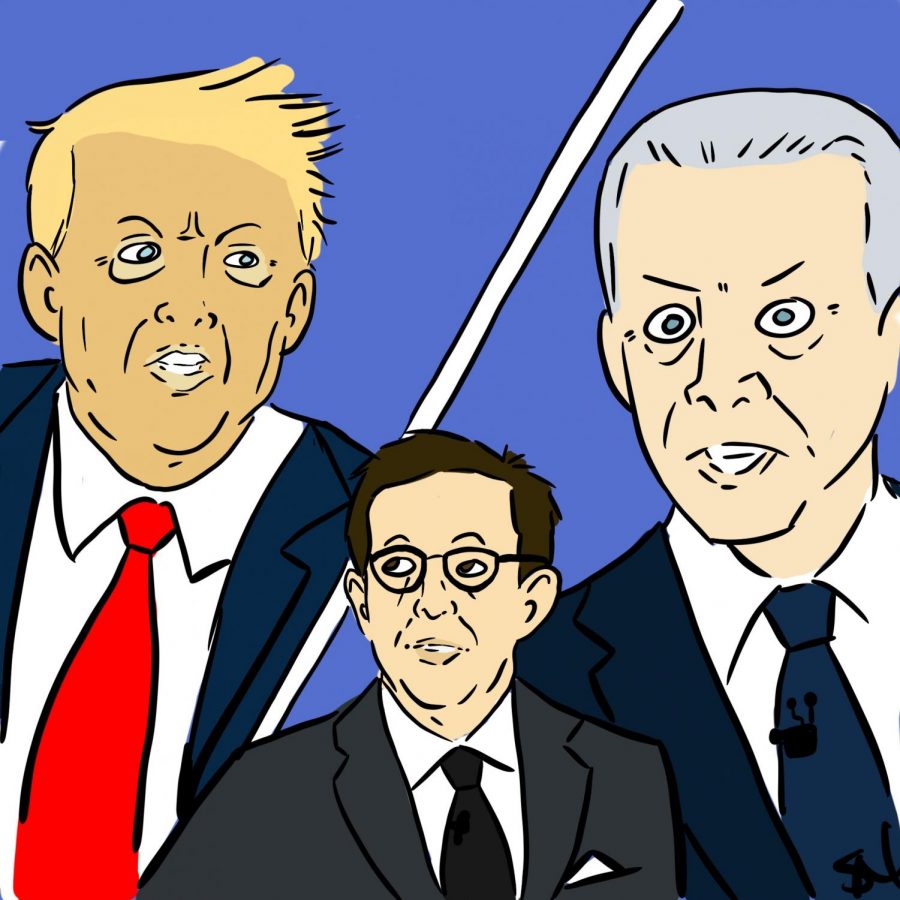 Trump and Biden are seen aggressively speaking over the moderator and disrespecting the core values of the event.

The first presidential debate of 2020 aired Tuesday, Sept. 29, and was perhaps the most disappointing and unpresidential “debate” our nation has ever seen. From the constant bickering to the blatant disrespect shown by both President Donald Trump and former Vice President Joe Biden, American citizens sat, witnessing what their future has in store for them.
“Knowing that one of those men will end up leading our country was like a salt to the wound. As someone who gets the ‘short end of the stick’ when it comes to politics and rights, and has been advocating for better causes, knowing neither of those men really didn’t have a good plan startled me a little. It’s picking the less of both devils, and I’m not old enough to vote so I have to hope that other people have everyone’s best interest in mind when they go to the polls,” Evelyn Vazquez (11) said.
What was seen by millions only encouraged more uncertainty and unnecessary divisiveness. The inappropriate interjections and the general disregard of, well, how a respectful debate should be played out, resembled day-time reality television drama, and certainly not an event that encourages people to practice a basic democratic right.
The entire “debate” lasted about 95 minutes and could only be described as a chaotic disaster. Questions were avoided, lies were told, and petty insults were thrown back and forth between the two grown men. President Trump also decided that it would be an appropriate idea to make things personal, and brought up democratic nominee Joe Biden’s sons, Beau and Hunter Biden, during the frenzy. Not only that, in front of national television, Trump failed to condemn white supremacy and then went on saying: “Stand back and stand by,” which was directed to a white supremacist extremist group, The Proud Boys.
“I was very disturbed when I heard Trump’s statement to the white supremacy group. I don’t think that someone who tolerates such a group should be allowed to lead our country,” Maddie Lussier (10) said.
As the argument came to a disorderly conclusion, the candidates and moderator, Chris Wallace, struggled to get any words out as the interruptions grew more aggressive and President Trump became more agitated by the claims made by Biden. After the event, instant polls showed that technically, Joe Biden was the winner of what news sources such as BBC considered “the equivalent of a political food fight.”
Due to how the first debate went, major alterations will be made to ensure respectful and orderly debates in the future. The behavior demonstrated from that Tuesday night definitely poses as a lesson, and a wake up call for all Americans. We can no longer institute division off of lies and immaturity. We must unite based upon our knowledge of what is morally right and build as a country. We need to learn from the mistakes made and grow, together.