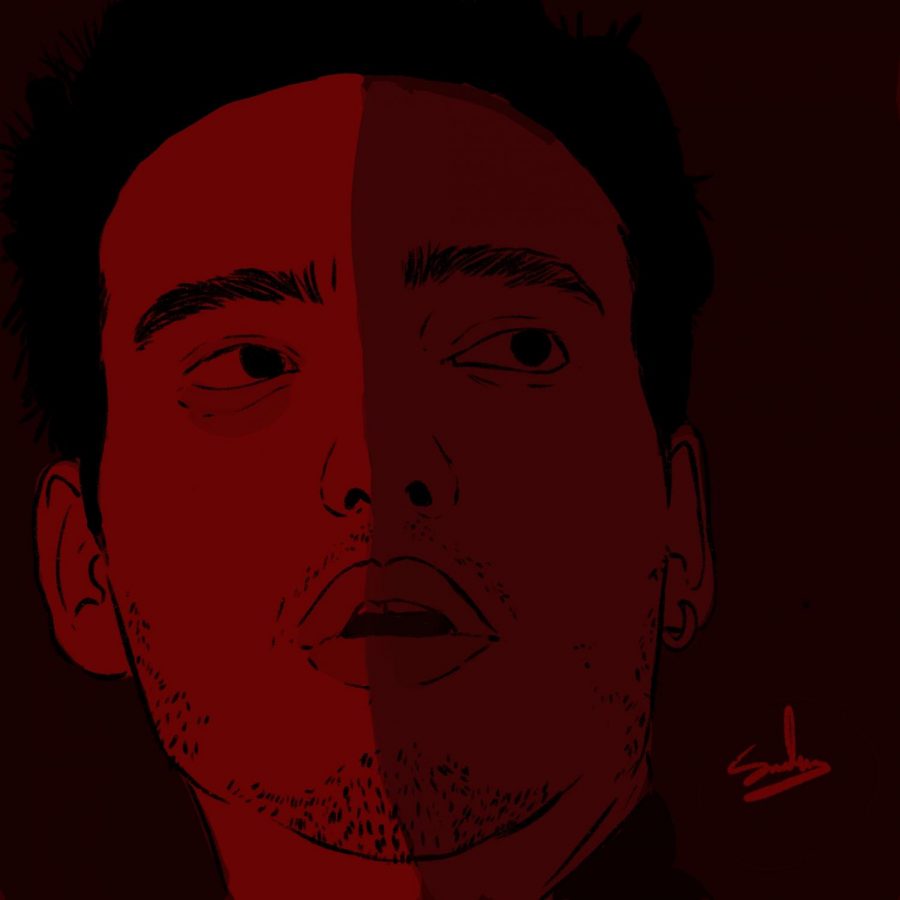 Joji on the cover of his latest album, "Nectar."

Internet personality and musician George Kusunoki Miller, known primarily as Joji, released his sophomore album “Nectar” on Sep. 25, an 18-track album featuring artists like Diplo, Omar Apollo, Lil Yachty, rei brown, BENEE, and Yves Tumor. Prior to “Nectar,” he released “Ballads 1” in 2018 and has since received critical acclaim for his blend of R&B, Lo-Fi, and Trap. After ending his controversial Youtube career officially in 2017, Joji released his EP “In Tongues” under the record label 88Rising, who seeks to expose Asian musicians to a western audience.
“The very first song I heard from the album was ‘MODUS’ and I knew right away the long wait was worth it. I could tell Joji really put a piece of himself in the music. Joji’s production skills have really stepped up in quality, yet he has managed to maintain his own style/ sound. I absolutely love this album and I believe it reflects how much he has progressed as a producer/ singer. Although I love all of his work, this album is definitely setting a new bar for the quality he brings,” Jin Dickson (10) said.
Joji’s unique sound was inspired by his youth in his hometown of Osaka, Japan. He states in a Pigeons and Planes interview that his interest in music started young when he and his friends would write gag songs about a teacher or student. He says that he taught himself how to produce and sing through years of writing songs with his friends and experimenting.
“When I was young, me and some kids would go down to the rice fields. We’d catch frogs and stuff and I think I learned to enjoy quiet, peaceful things. I feel like when I make music I’m trying to recreate that feeling a lot… I like to keep the instrumentals very textual. Whether it’s water trickling or something, I just wanna make sure the instrumental is packed with sounds that make you feel good, or make you feel nostalgic,” Joji said in the same interview with Pigeons and Planes.
“Nectar” keeps “Ballads 1” eerie ambient theme while at the same time developing its own unique style and sound. Full of atmospheric piano riffs and heavy bass coupled with choir-like vocals, “Nectar” also incorporates unique samples that became a staple of his music with the release of “In Tongues.”
“I really liked how he’s been able to maintain this style without making it boring, all of his songs always have the same feel to them and he’s somehow managed to keep that style without making it boring or having it sound like the same old things he’s released. Nectar has the same vibe as any other Joji album but it still sounds a little more unique than the rest of the albums he’s released, plus he worked with a lot of artists that complimented his voice,” Evelyn Vasquez (11) said.
Joji’s life as a musician has just begun and he has already received massive success with his new music and persona. “Nectar” is available on all streaming platforms now, and be sure to check out other 88Rising artists as well.